Young Ospreys soar above the Park’s skies for a second year.

Breeding success in the Regional Park

The Ranger staff at Clyde Muirshiel Regional Park is happy to announce that our resident Osprey pair have reared and fledged chicks for a second year in a row.  Our pair arrived back on their nest in April and after a few running repairs they were soon incubating eggs.  The chicks hatched towards the end of May and the female was seen feeding them a few days later but they were too small to see how many there were.  We got our first glimpse of the chicks through the telescope a few weeks later and were pleased to see two wee heads above the rim of the nest.  Last year our pair successfully reared two chicks, a male and a female.  A week later our excitement increased when we counted three chicks through the lens.
Keeping an eye on their growth we set the wheels in motion for their ringing day and through a joint effort with the Park’s Estate squad and our resident Schedule 1 Licensed Ringer we set off to ring the chicks.  The Estate boys, Gordon and Stephen, quickly organised the climb up the tree and the chicks were delivered down to our ringer Hayley.  At approximately five weeks old the chicks looked fantastic and were the picture of health thanks to their parent’s hard work.  They sat quietly as their measurements were taken and fitted with their BTO metal rings and colour rings which were supplied by David Jardine from Argyll Bird Club. This year we have two females and one male and their colour rings are blue with white writing KW7, KW8 and KW9.  The colour ringing of Ospreys is monitored by Roy Dennis and the chicks often have names attached to them so this year we have gone with Misty, Izzy and Otis.  The chicks were quickly returned to the nest and whilst we were ringing Dad had left the nest site and returned with a fish for the chick’s breakfast completely unfazed.  Maybe he remembers us from last year?  The chicks are now flying and it won’t be long before they head off on their first migration to Africa.  The males often return to the same area in their second year so it is hoped that we will see Otis again.
On a slightly more negative note it did look like we would have a second pair breeding this year but the birds appeared to be disturbed by over keen members of the public.  We ask our visitors to remember that these and other species in the Park are protected and to always follow the Scottish Outdoor Access Code.  If the bird flies from the nest you are too close. 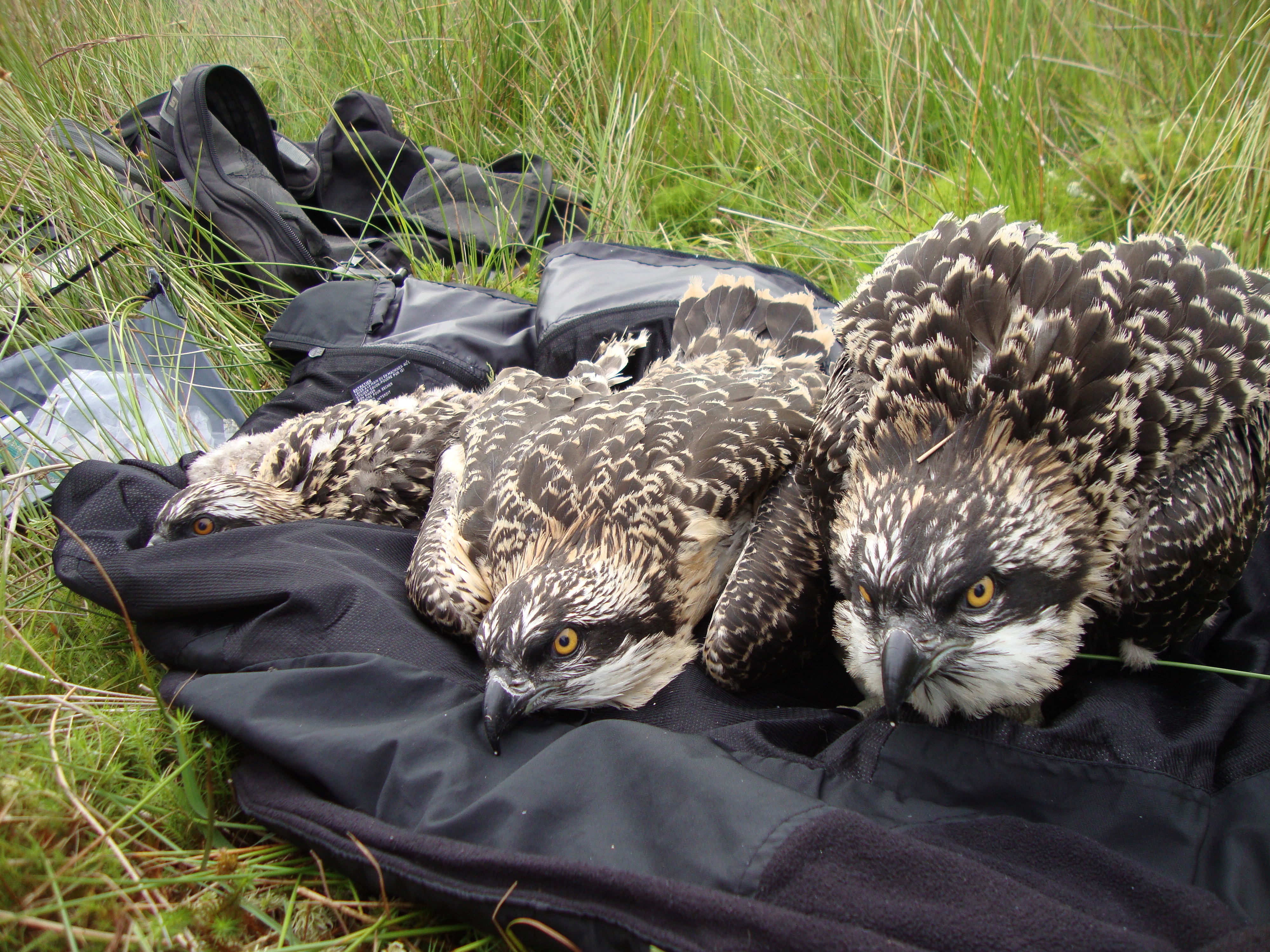 From left to right, Otis, Izzy and Misty 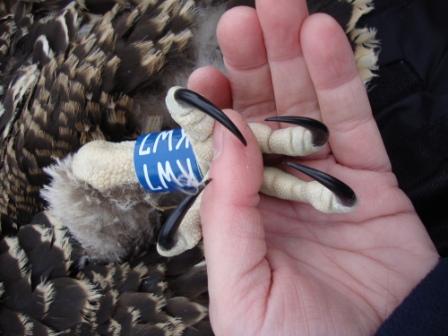