Over the weekend of 6th and 7th April 2019 a fleet of 41 radio sailing skippers from all over the UK, including 5 World Champions and two National Champions, came to Castle Semple to take part in two National Ranking events for the IOM class of radio yachts.

These yachts are only 1 metre long, are controlled from the bank by adjusting their sails and rudder, and race under the same rules as their full size counterparts. Those at the top of the fleet were competing for ranking points to allow them to participate in the world championships being held in Brazil later this year.

Racing took place in the bay immediately adjacent to the parking area and visitor centre, and with eighteen yachts on the water at once it made a fine spectacle. On each of the two days the race team managed to complete 18 races, with continuous action from 10am to 4pm. 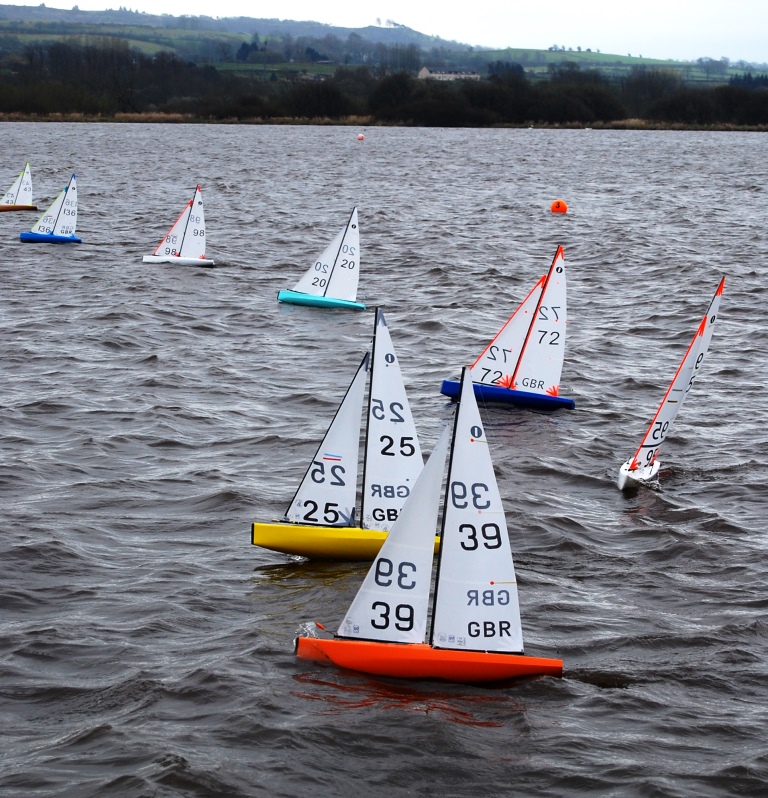 At the prize giving skippers paid tribute to the staff at Castle Semple for their hospitality and expert assistance in delivering a thoroughly professional event. They looked forward to returning to Castle Semple in 2021.