Stuart is an adult male Lesser Black-backed Gull.  He was hand caught at Castle Semple Loch on the 29th of June.
As he was hand caught we don’t have any evidence of nesting behaviour but it is believed, by the movement data below,

that he may have a nest on Little Cumbrae.  At the time of tagging he weighed 921.5g, our heaviest gull, and has a wing length of 41.6cm.  Stuart can be identified in the field by his colour ring 12S:C.


Map updated 20/04/19 Stuart is back online. Last year he flew into Morocco back on October the 7th and spent the winter back around his old stomping grounds in Casablanca. His tag has downloaded intermittedly (the tags have a projected lifespan of two years and his is reaching its end) and from what we can see he was last in Morocco near Asilah on the 5th of April. By the 8th he had reached the west coast of Portugal and was heading north. By the 13th he was starting his journey across the Bay of Biscay and by the 18th he was picked up in Brittany in France. He spent a few hours at Saint-Eloy before heading off again on the 19th. He was crossing the channel at 1346 and an hour later he had arrived in Cornwall. This is a day earlier than his arrival home back in 2018 when he made landfall in Devon. His last update on the 20th has him hanging out in Newquay. Hopefully his tag will continue working so we can follow him back to Lochwinnoch. 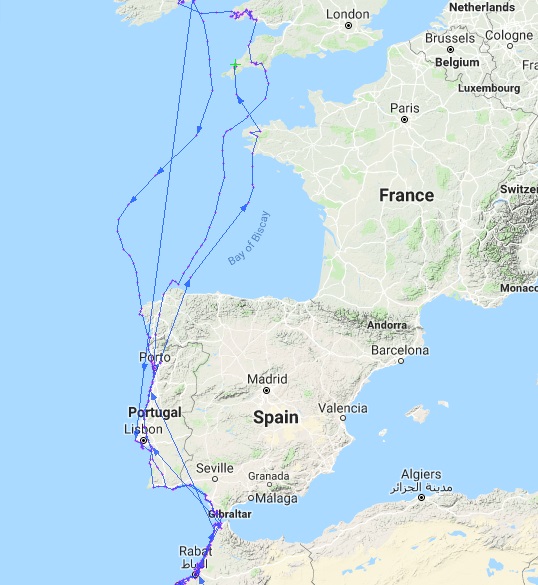 Update 13/05/19 Well it looks like Stuart’s tag has reached the end of it’s life as well but we can confirm Stuart is alive and well as he was spotted by us at Castle Semple Loch on Friday the 10th.  Our next job is to try and catch him to retrieve his tag.  Fingers crossed.

Update 29/05/19 Stuart’s tag has decided to start working again and we have had the remainder of his journey north downloaded to our computers.  It looks like, after spending time in Cornwall, he spent about 8 days in Pembrokshire before his tag went offline and then came back on at the start of May showing he was back in Scotland. His tag is starting to regularly note his position and we can see he is back on his nest site at Little Cumbrae and visiting us here at Castle Semple. 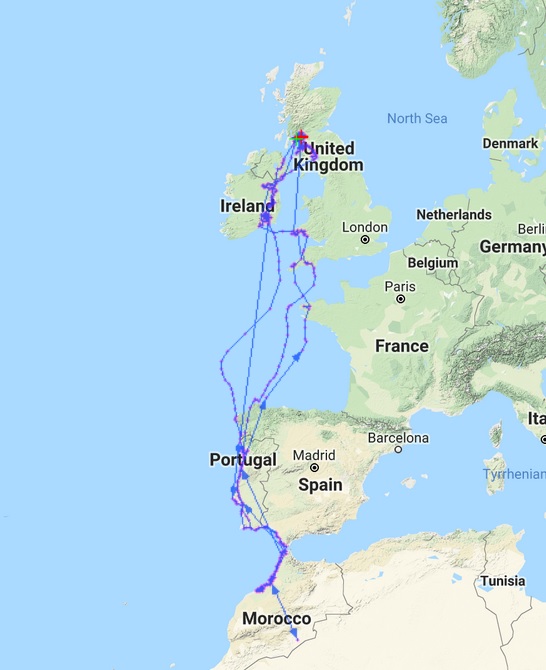 Map updated 13/06/19 We have spotted Stuart a couple of times now at Castle Semple since his return to Scotland.  He is nesting on Little Cumbrae and does a fair amount of travelling for food.  These include trips to Bute and Lapwing Lodge near Glennifer.  The map below shows all three summer foraging flights and we can see how much of a routine he follows. 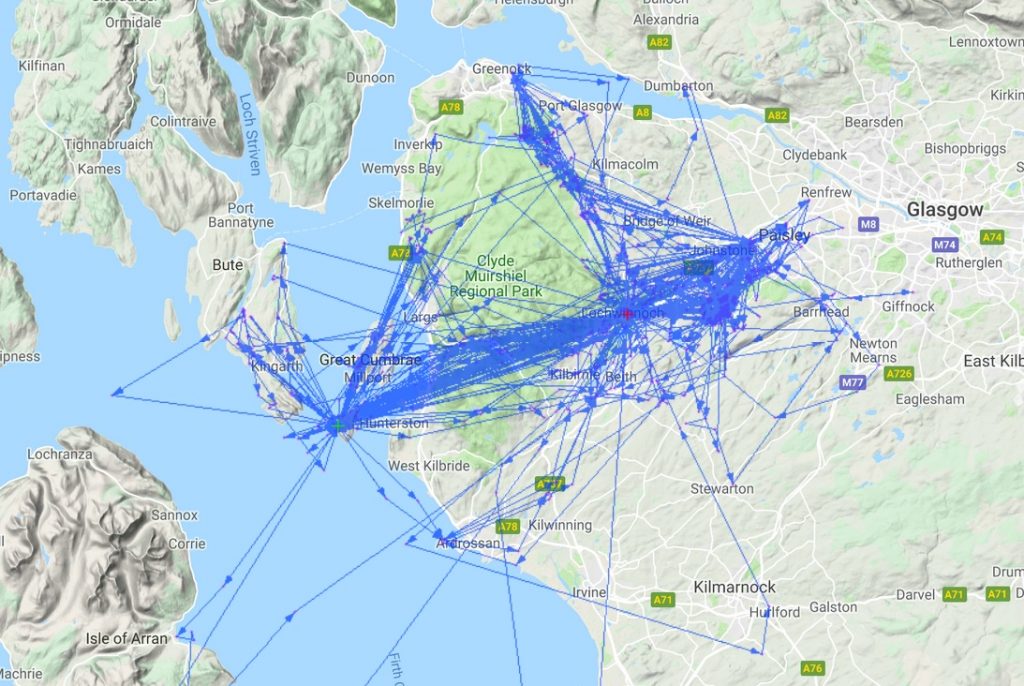 Map updated 30/06/19  Chick rearing seems to be going well for Stuart this year with his tag showing he spends a lot of time on Little Cumbrae inbetween his foraging trips.  It’s great to see him at the Loch and we enjoy pointing out to visitors when they mention the gulls that he has been to Morocco! 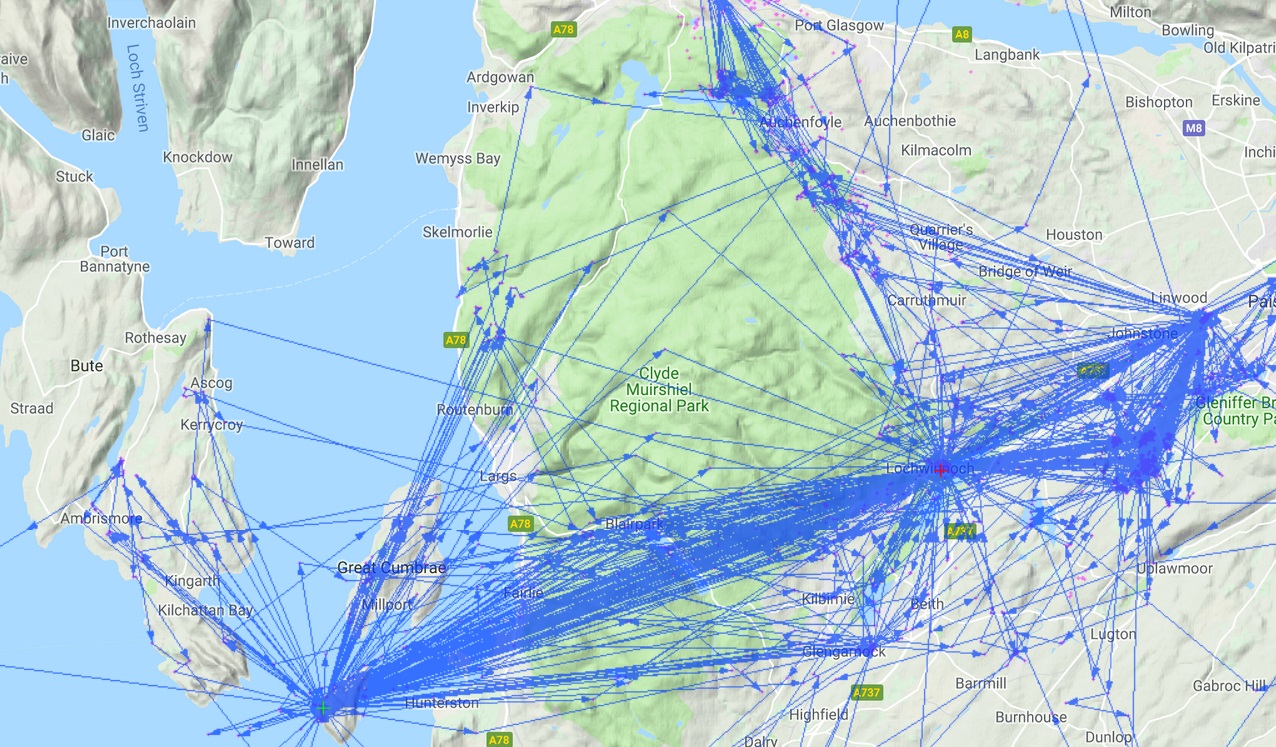 Map updated 22/07/19  No change with Stuart and he is still a regular visitor with us down at the Loch. 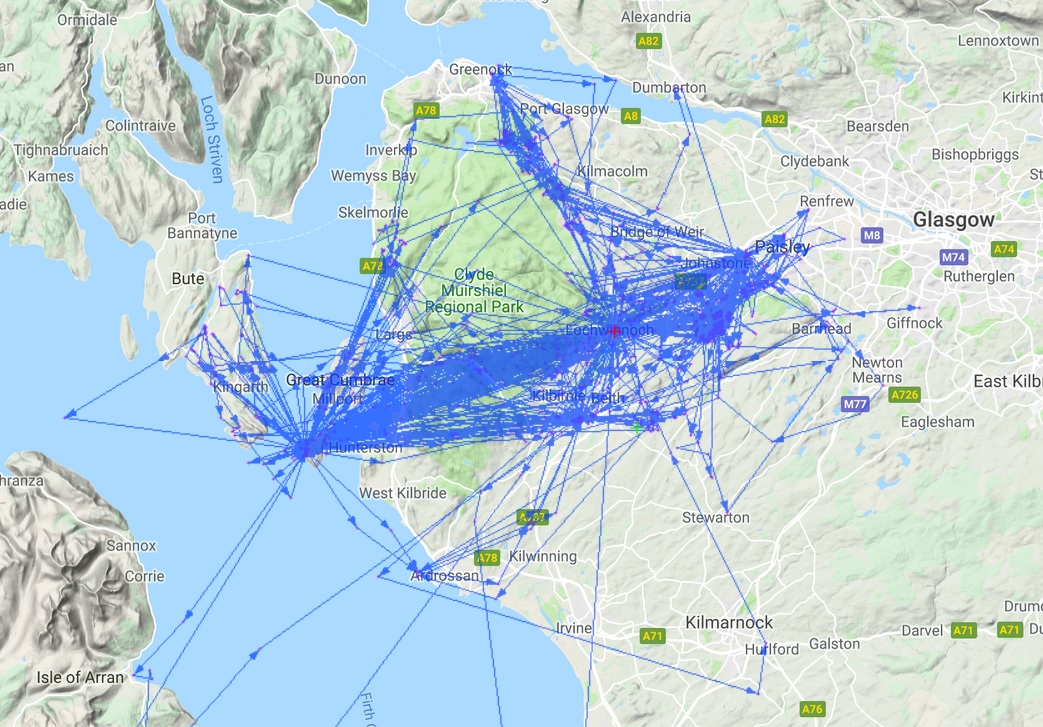 Update 13/08/19  Stuart’s tag hasn’t downloaded for a couple of weeks so we aren’t sure where he is but it may be the tag has finally reached the end of its life.  When we get an update we will let you know.


Would you like to adopt Stuart and see your name here?  Then found out how you can adopt him here