Kingpin is an adult male Lesser Black-backed Gull.   He was caught on the 15th of June, in one of our cage traps in a house in Lochwinnoch where he visits every day to get a dish of catfood.

Kingpin weighs in at 845g and has a wing length of 424mm.  He can be identified by his colour ring 18V:C and was named by the local lady that feed him.


Map updated 17/04/19 They are all coming back thick and fast at the moment our gulls! Do you remember Kingpin? The gull we caught in a house that he enjoys visiting for catfood. We last got an update from him on the 14th of September and we have finally heard from him. Our last update told you he was in the Setubal Municipality in Portugal. Well he kept on travelling south that morning and left Portugal just after 1400 that afternoon. He spent five hours crossing the Bay of Biscay into Morocco to El Jadida, south of Casablanca. He spent a few days fueling up here before heading south on the 17th of September at 1506. He spent 35 hours travelling down to Agadir where he stoped and has spent the last 6 months. (Can we really call them our gulls when they spend so much time overseas?)
This morning his tag downloaded the 6 months of data (our poor computer) and we can tell you he is back in Portugal. He left Agadir at dawn yesterday morning and followed the Moroccan coast north all the way to Essaouira where he was picked up at 2008. By midnight he had left Morocco and was flying north back across the Bay of Biscay. He arrived in Fuesta in Portugal at 0819 this morning. Will he take his time coming back or is he desperate for a bowl of whiskers! 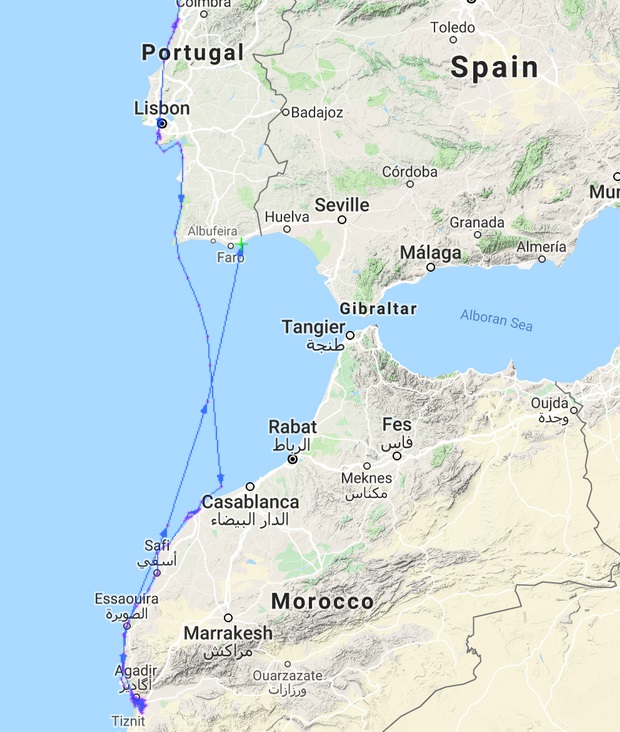 Map updated 18/04/19 After arriving in Portugal on Wednesday morning Kingpin decided to take the rest of the day off to rest and feed up. He spent the day at Fuseta before leaving and he headed to Oldao for 1848 where he spent the night in the estuary. He left Oldao on Thursday morning and was picked up flying west overland and should hopefully be heading to Portugal’s west coast. 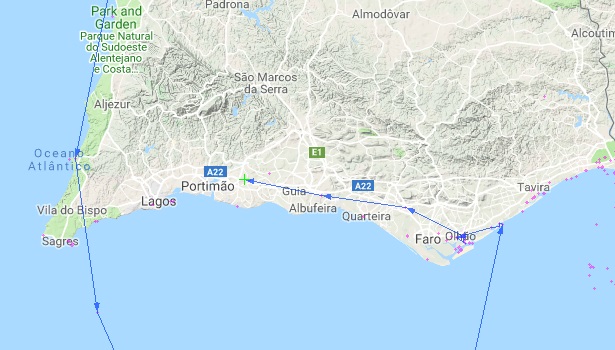 Map updated 21/04/19  Kingpin carried on his journey on the 18th overland before turning south to Alvor at 1400.  He spent six hours here and was spotted by a keen birdwatcher who saw his colour ring.  Magic Plastic!  He then turned west to Praia da Rocha before heading up to Portimão at 0018 on the 19th.  He headed to the coast and flew north all the way to Setúbal at midday.  He then headed a wee bit further to the River Targus near Lisbon where he has since spent the last couple of days resting and foraging. 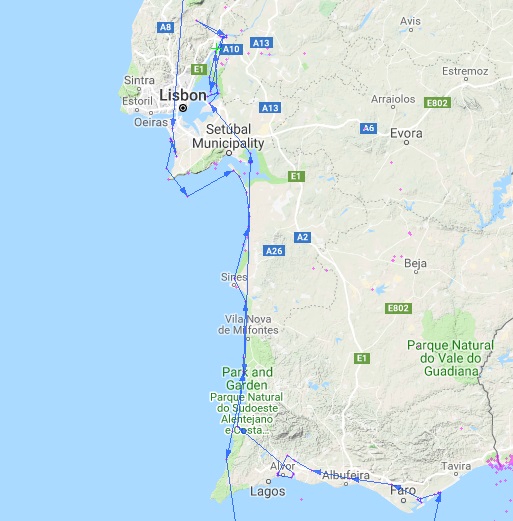 Map updated 25/04/19 Kingpin continued travelling north on the 22nd of April and headed to Figueira da Foz where he has spent the last couple of days at the river mouth. 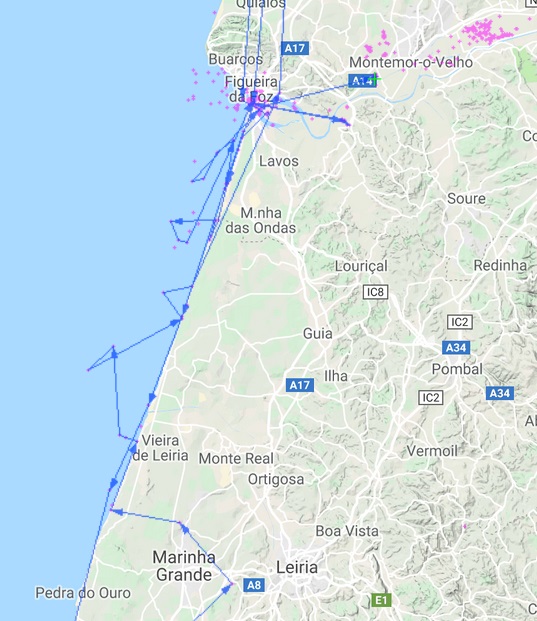 Map updated 06/05/19  Kingpin has really settled into a routine of foraging in fields and roosting near Figueira da Foz where he has now been for the last two weeks.  Is he going to stay here or will he head back to Lochwinnoch? 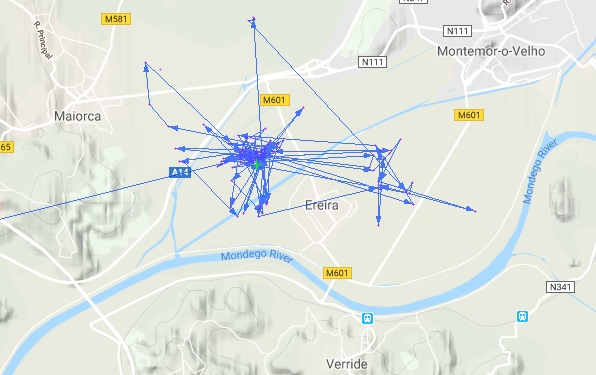 Map updated 12/05/19 We have just had an update in at 1118 and Kingpin has headed north to Praia de Mira, the biggest movement he’s made in about three weeks.  Is he off again? 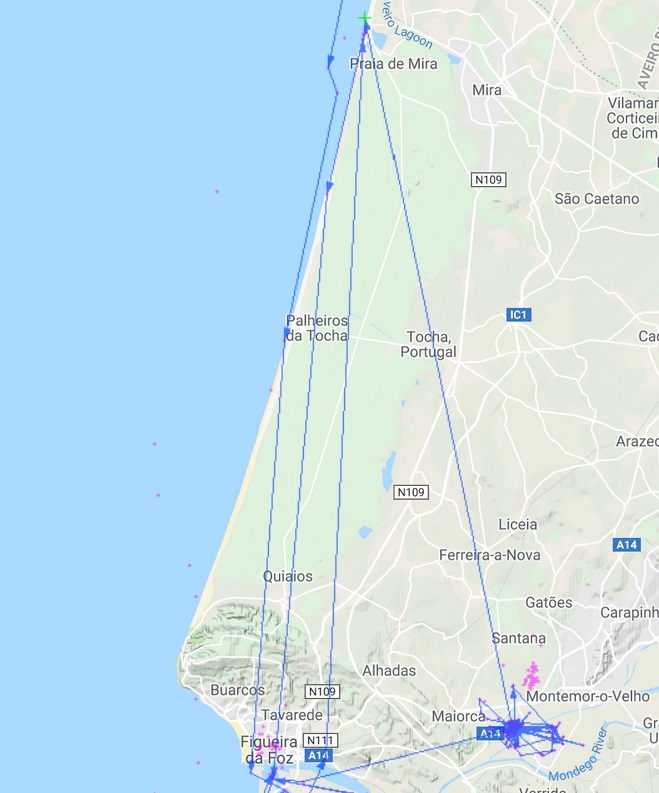 Map updated 29/05/19 Kingpin is still hanging about in Montemor-O-Velho.  He doesn’t seem to be in a rush to return to his cushy number back in Lochwinnoch.  Maybe he has found someone else to give him dishes of catfood? 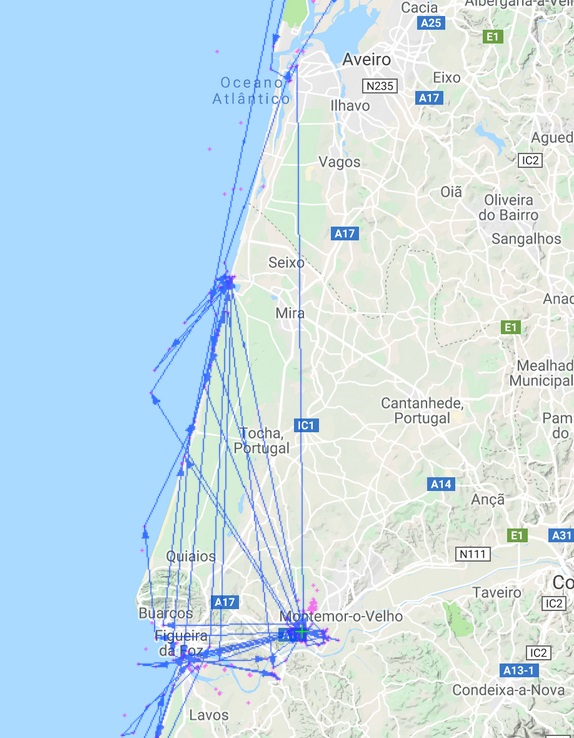 Map updated 06/06/19 Kingpin is heading south again. Why? We have no idea! Is this a wee trip and he will return north or will he continue?  We will let you know. 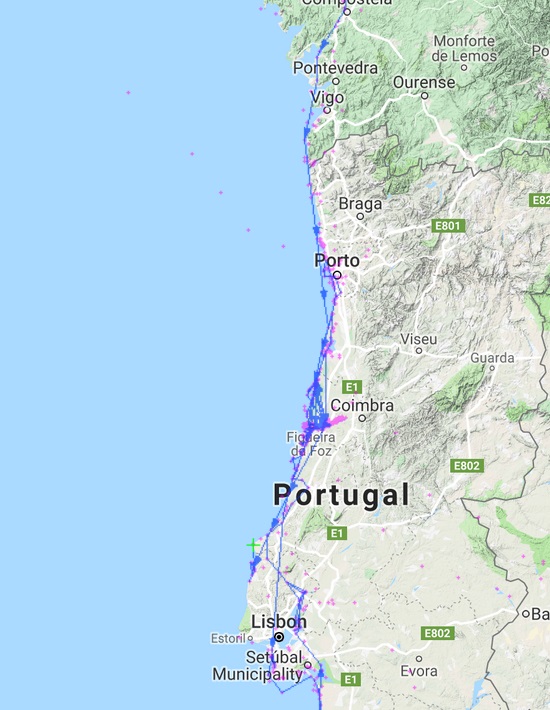 Map updated 12/06/19  We haven’t heard from Kingpin’s tag since the 8th where he was heading south towards the Setubal region.  This is where we lost contact with his tag last autumn so until we get a ping we have to wait and see what he decides to do next. 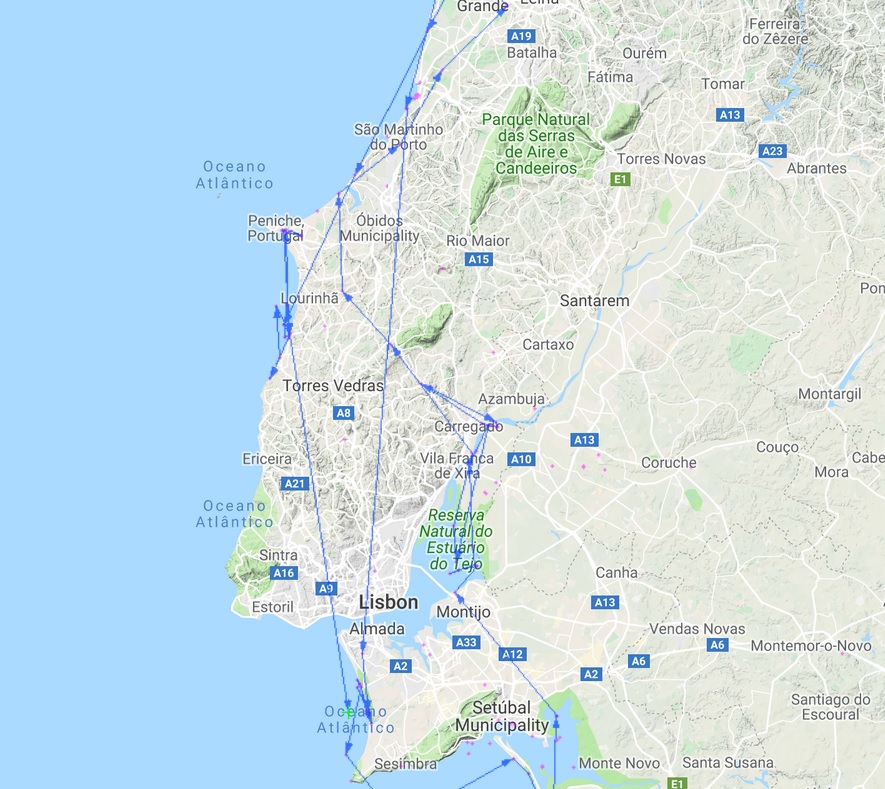 Would you like to adopt Kingpin and see your name here?  Then found out how you can adopt him here