13W:C is one of two gulls we are tagging in 2019 as we received some replacement tags

13W:C is an adult male Lesser Black-backed Gull.   He was hand caught at Castle Semple Loch on the evening of the 24th of June.  As he was hand caught we are waiting to see where he heads to.  He weighed in at 800g and has a wing length of 420mm. He can be identified by his colour ring 13W:C.


So we knew 13W:C wouldn’t be from Lochwinnoch and assumed he would be from Little Cumbrae like the majority of our previously tagged gulls at Lochwinnoch.  Well that doesn’t seem to be the case here. After spending the night at Castle Semple after tagging, 13W:C headed off to Victoria Park in Glasgow.  He has remained in the area since Tuesday and hasn’t ventured back to see us yet. 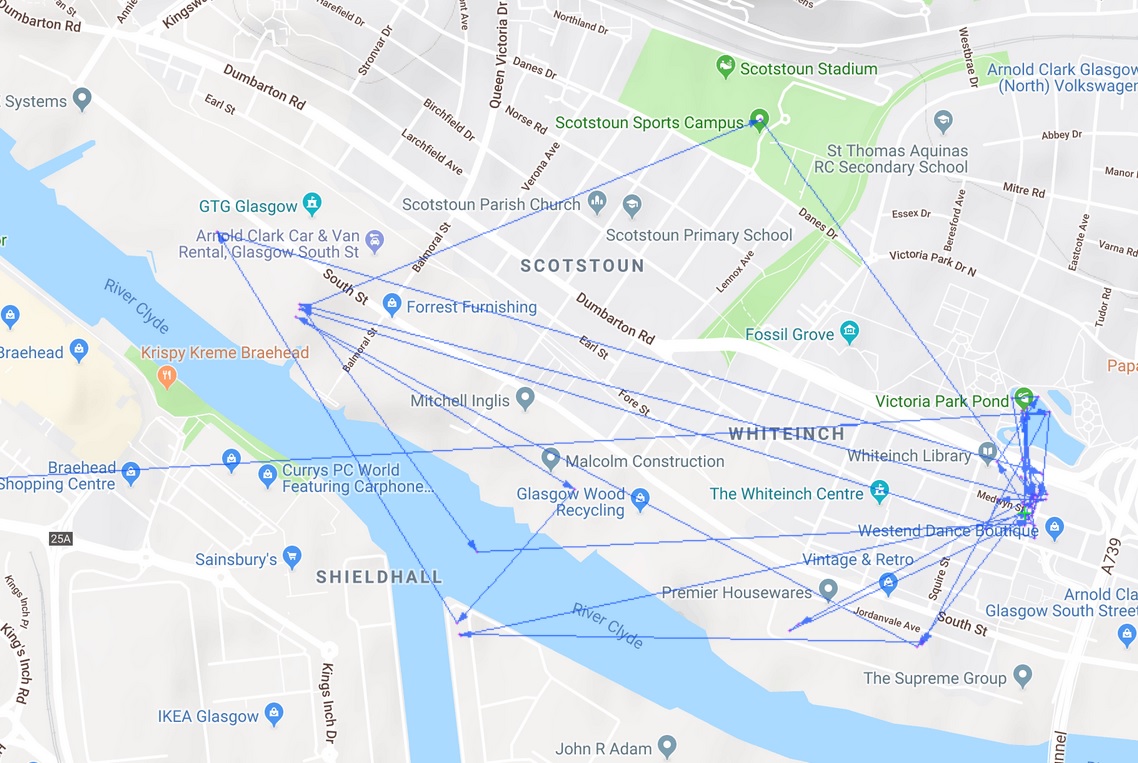 
Map updated 09/07/19  13W:C seems to have recovered from his tagging at Castle Semple and has started to make flights away from Victoria Park.  In the last week he has been to the gull colony on Little Cumbra and over to Great Cumbrae as well as spending time around Kelburn.  He has also been spotted at Victoria Park and is looking well. 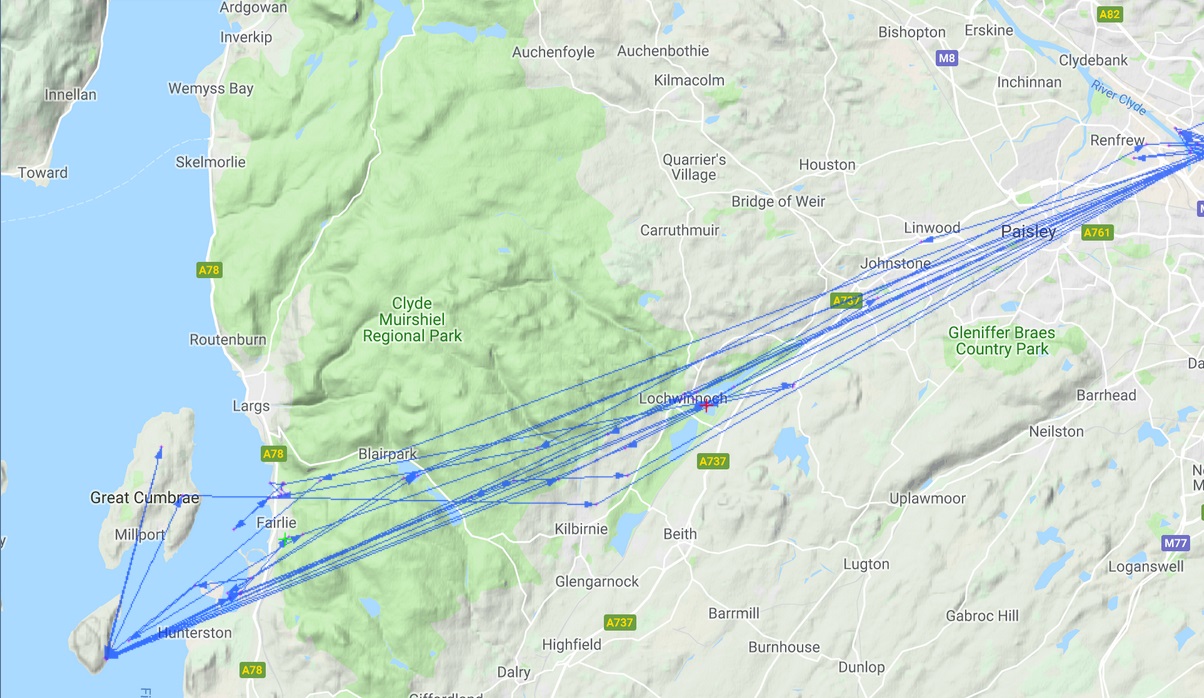 Map updated 23/07/19 Flight pattern is building up for 13W:C and helping us to understand his movements.  He still spends the majority of his time around the vicinity of Victoria Park.  He has been back at the Loch as well as visiting nearby Kilbirnie Loch and has also travelled to Seamill.  An urban gull utilising the rural area by the looks of things. 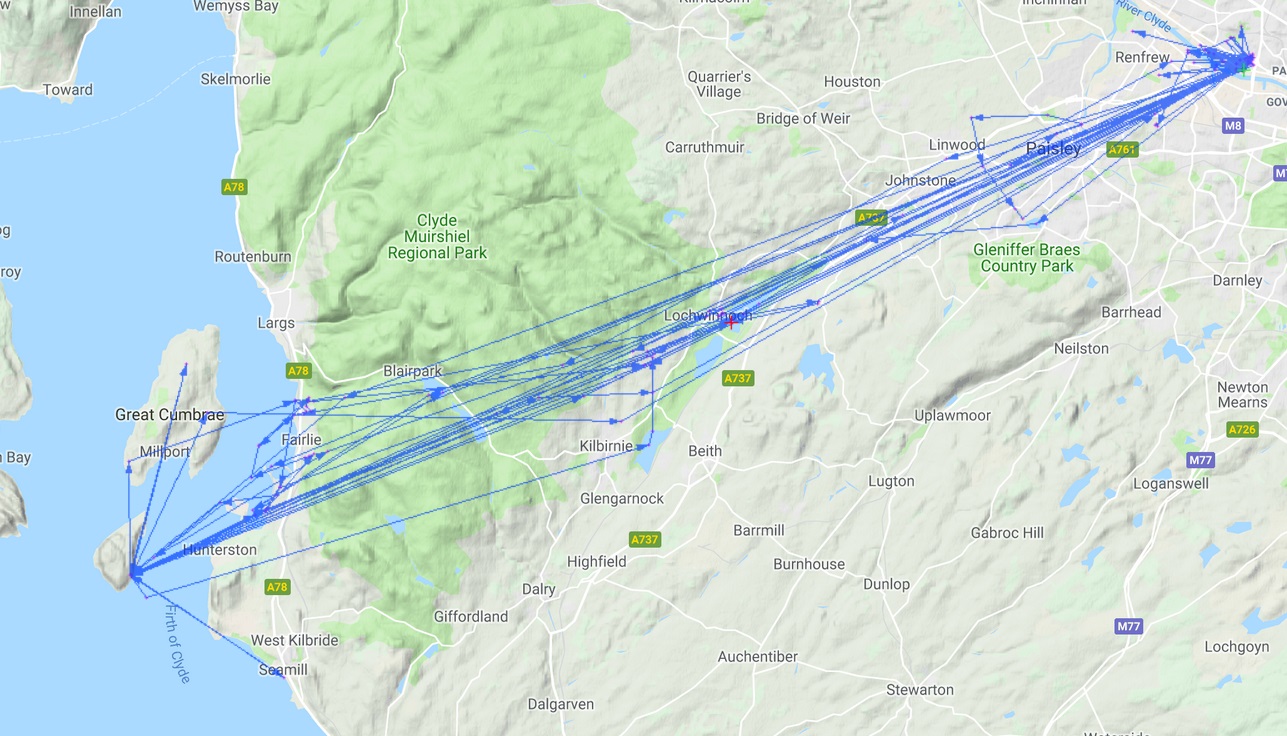 Map updated 01/08/19  Still much the same from 13W:C with a wee trip to Waulkmill Glen Reservoir near Barrhead and he has also started to hangout on the roofs of the units at Blythswood Retail Park in Renfrew.  If he has been rearing chicks they will have now fledge and he will start hanging out with other groups of gulls more. 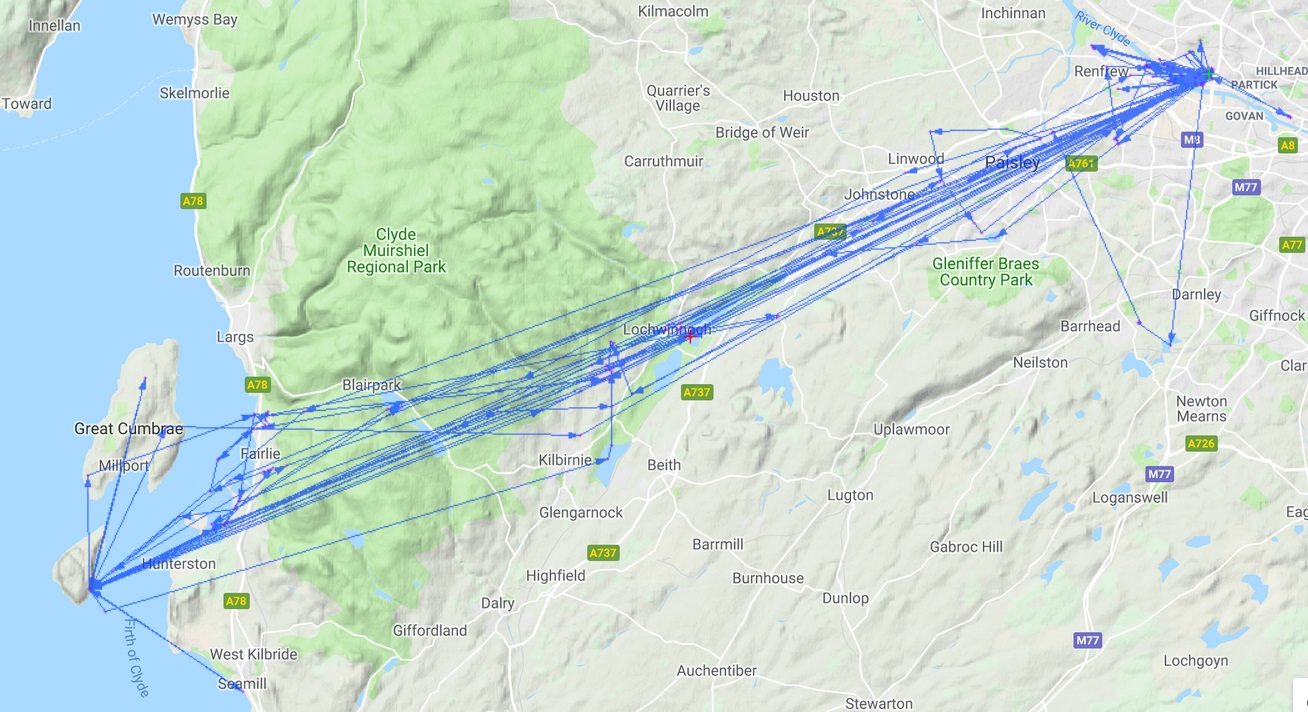 Map updated 12/08/19  13W:C has been spending alot of time foraging at Barshaw Golf Course.  Gulls like worms and with all the wet weather golf courses are a great place to find them as they rise to the surface to escape the waterlogged soil. 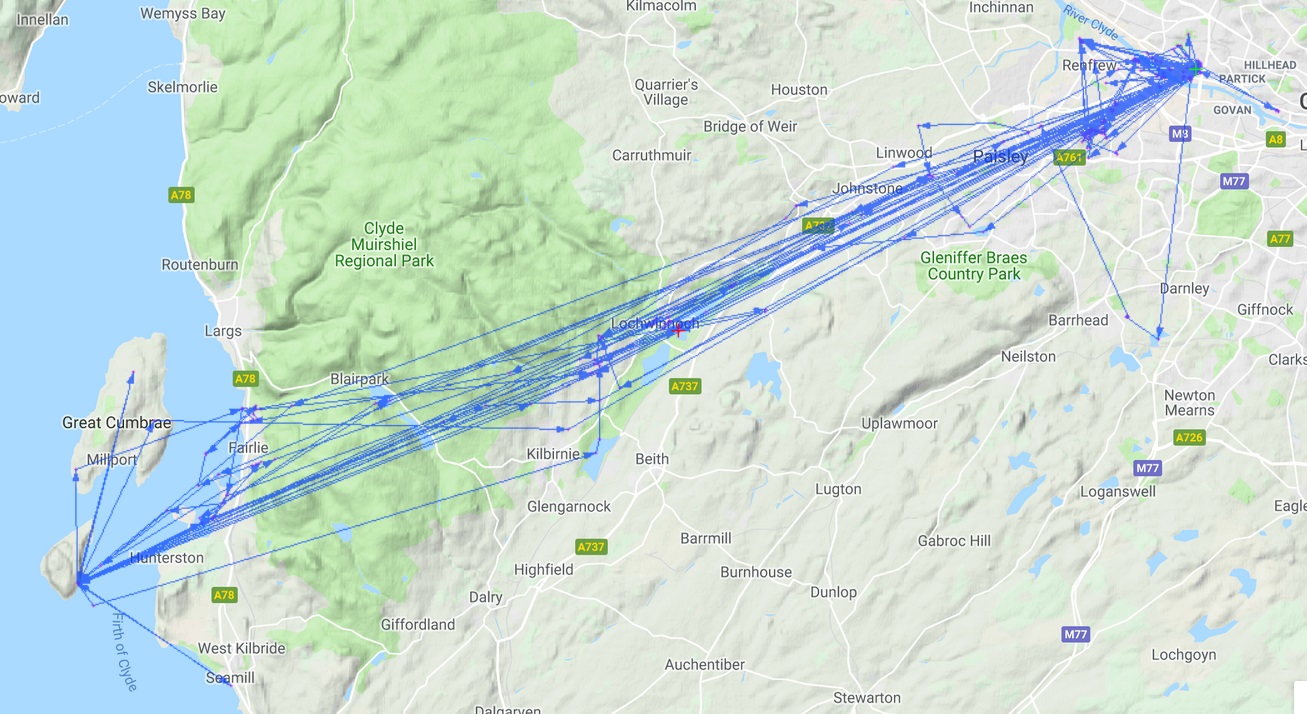 Would you like to adopt 13W:C and see your name here?  Then found out how you can adopt him here