The Tag-n-Track team received a call at the weekend to meet and ring a very special migrant…a Corncrake. This bird spends it’s summer in the Inner and Outer Hebrides before migrating to Africa so it was a surprise for the team at Hessilhead when it turned up in Glenburn in Paisley. It was being chased by a cat and hit a lamp post.

These birds have been declining in numbers in recent years and can be hard to spot as they like to skulk in the vegetation. Most folk only hear their distinct calls which sound like a squeaky sign. It recovered quickly with the help of its rescuers and Hessilhead and was ringed and released to carry on its journey south. 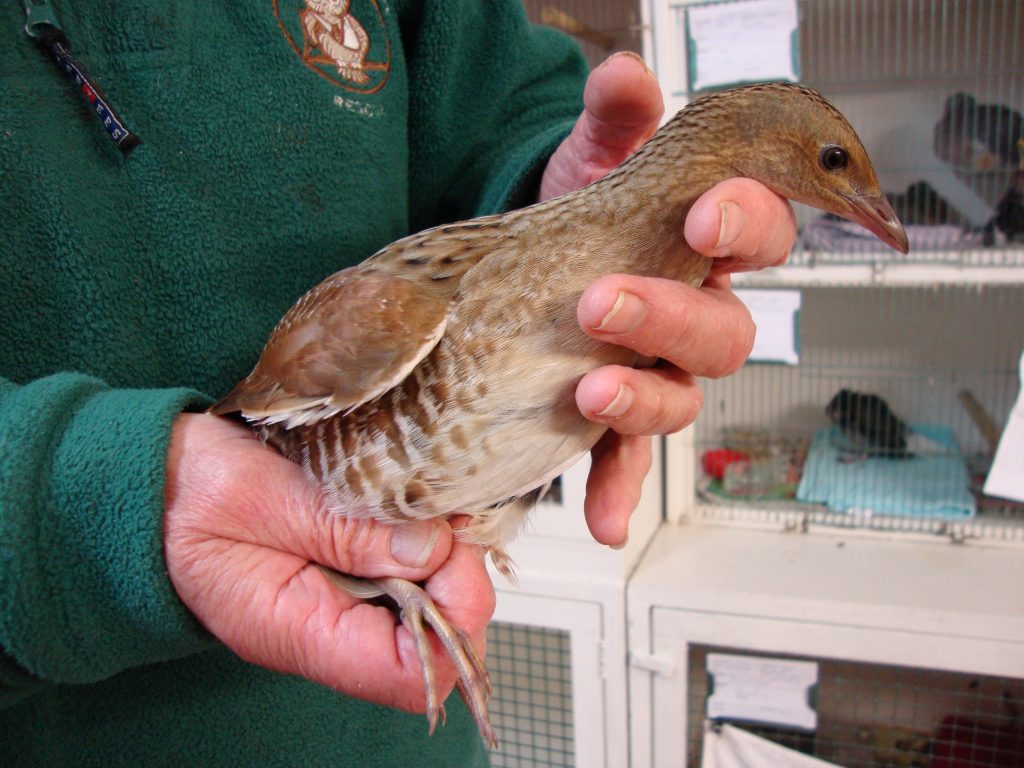