Our first nest box of the season

Since April the Rangers at Muirshiel Visitor Centre have listened to the repetitive call of a male Nuthatch around the visitor centre.  Day in, day out he declared his territory and defended his supply of peanuts that we put out for him and the other birds.  At the start of May we discovered that he and his mate were utilising one of the nestboxes we had put up.  The first time this has happened at Muirshiel.  With the female finishing laying the eggs the male stopped calling.  This is a good indication that the female is now incubating and we were able to figure out that the end of May/start of June would be the ideal time to ring any chicks.  The rain called us off the last two days but we checked today and were delighted to find 7 healthy chicks.  Mum and Dad have been busy collecting food for them at the feeders and the chicks should be fledging in the next week.  What surprised us most was how beautiful the nest was, lined with thin strips of bark. 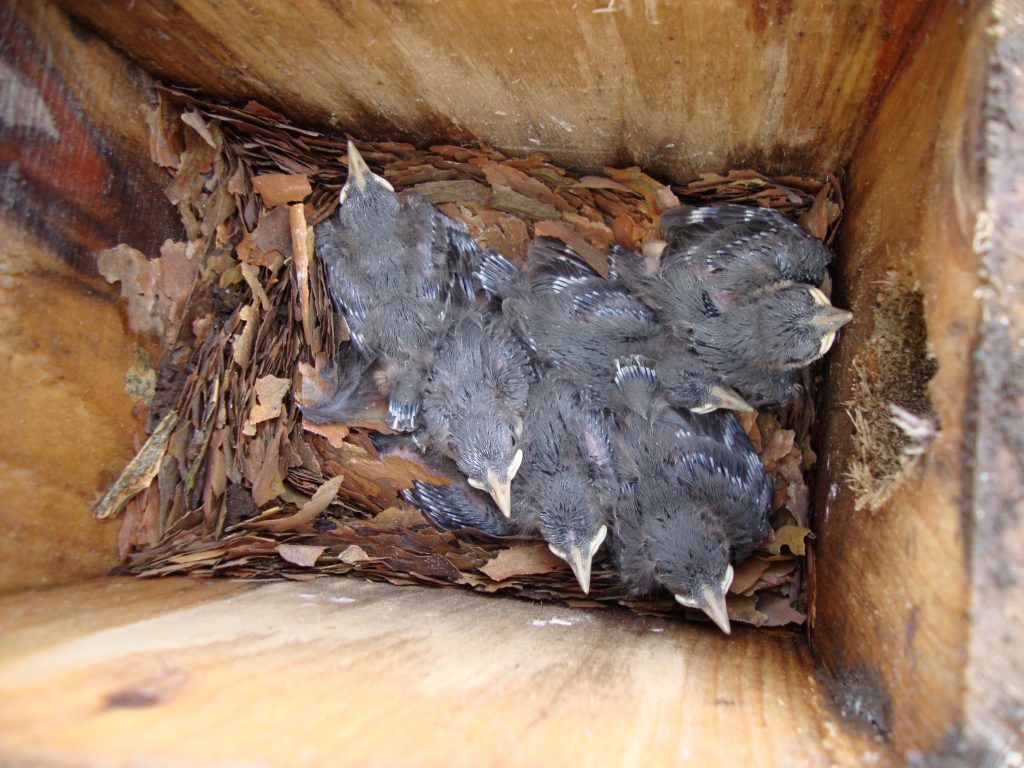