Gull tagging season has kicked off with a new addition to Team Gull.

We have tagged our first gull of 2018

We returned to Greenock Police Station last week to see if we could trap any new gulls on the roof.  We found a few suitable nests and set up the drop door traps which work by the gull entering the trap and knocking a stick over to close the door.  After an hour and a half Hannah spotted one of the gulls in the trap but the door was still open.  We left it for another half hour and as we peeked over the top of the ladder we could still see the door had not close.  We decided to reset the trap and give it one more go and BINGO!  Our new member of Team Gull is a cracking male weighing in at 890g.  He was tagged and colour ringed with the ring 10V:C before being released. Over the first few days of tagging we can see he is staying within the vicinity of his nest site.vHis and his mate’s nest currently contains three eggs and should hatch in a further 3 and a half weeks time.  His webpage is now active and he will be named shortly. 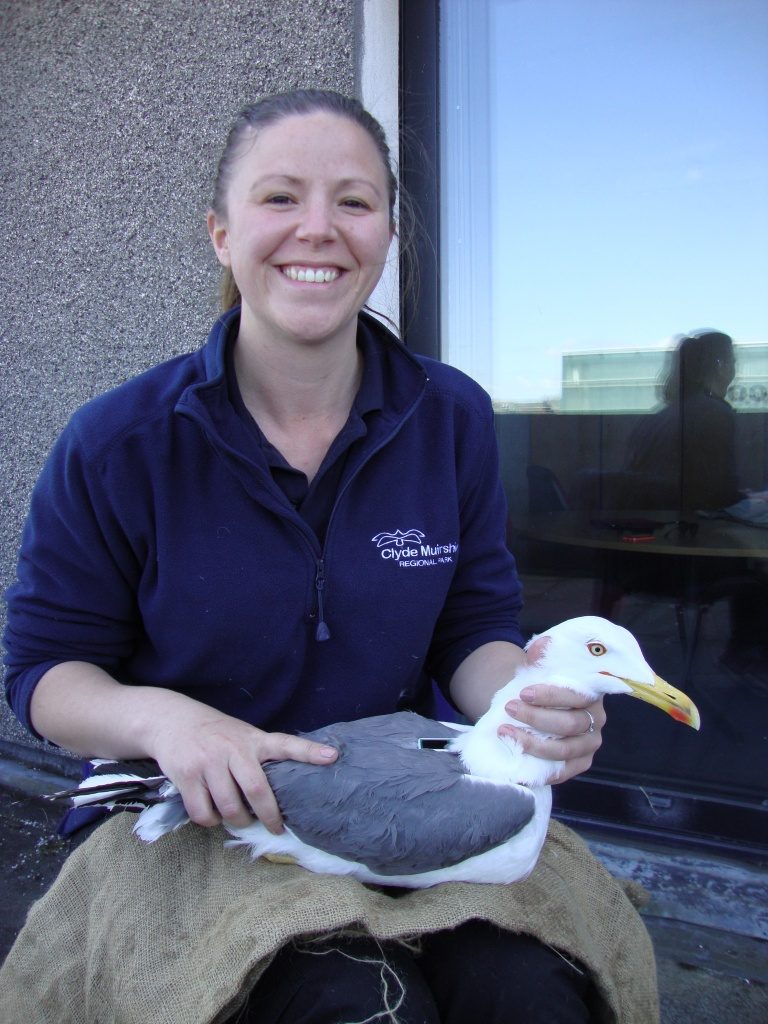